My youngest granddaughter just turned one and I decided it was high time to create her a personalized watercolor.  I've made these for each of my five grandchildren and occasionally had the artwork finished long before they were even born.

Quinn is a beautiful, dainty little girl and she was born on Valentine's Day.  That meant I had to use lots of girlie elements and lots of hearts on her piece.  I also added some bling and some glittered embossing powder.  I love cutting out individual pieces and mounting them at different levels on the painting.  I actually use this technique with a watercolor unit in my classroom.  I actually stumbled on the idea as a method of covering up a watercolor disaster one time and have deliberately used it since. 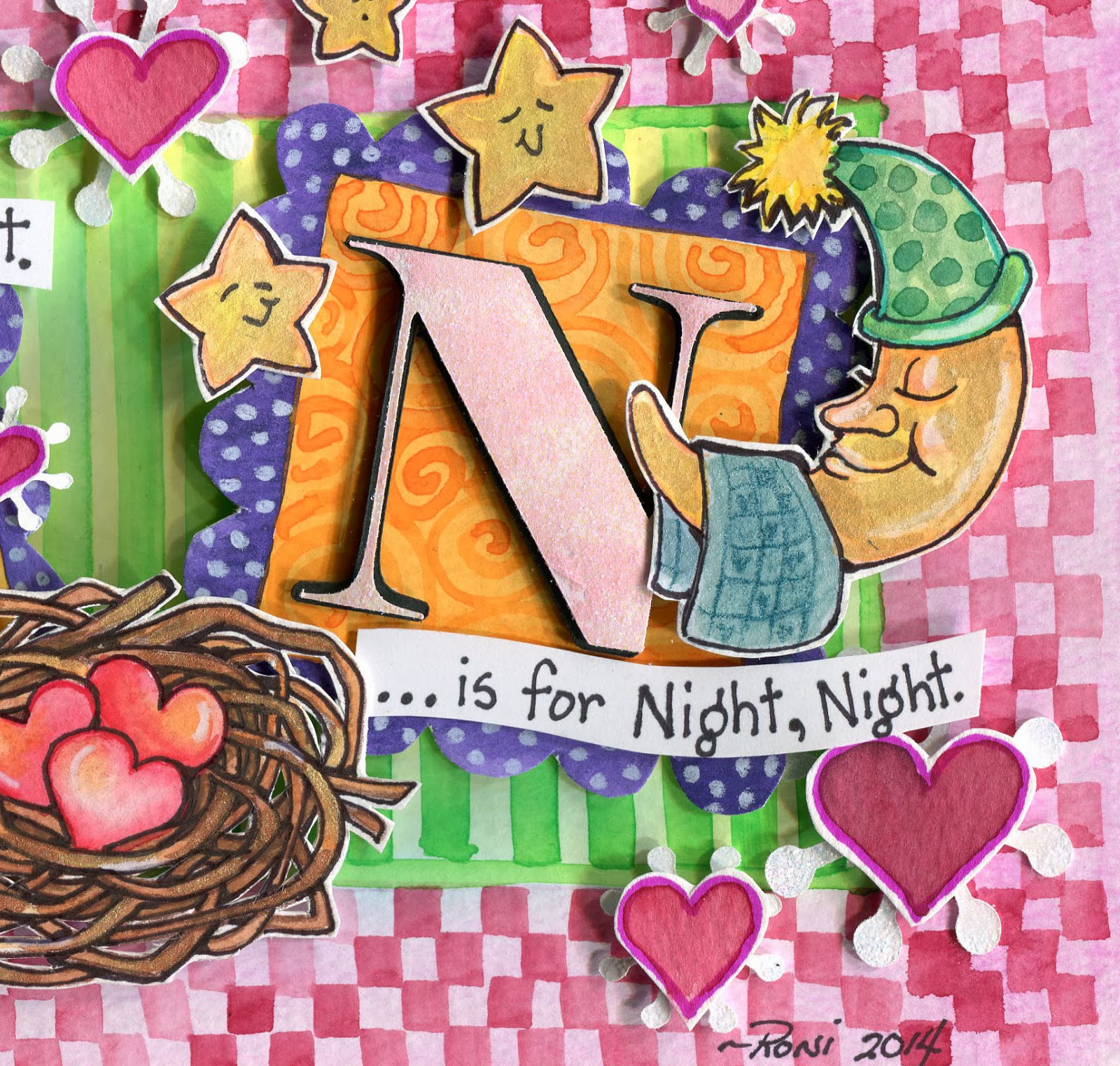 Close-Up of Details on Quinn's Watercolor

Years ago I purchased some metallic watercolors and I've played with them some but never really used them in a finished piece.  I decided to give them a try on Quinn's painting.  You can see them sparkle in person and catch a little bit of their jazz in this close-up.  I applied them over my other watercolor washes.

You may notice that I signed the painting "Roni."  That's what my grandchildren call me.  My husband decided he didn't want to be called Pop-pop or Gramps or whatever other grandfather term the kids might invent.  He claimed he wanted to be called Master and Commander.  When he told some of his students one day that was his plan, the teens pointed out that he could be called MAC for short.  Since I didn't want to be Mac and cheese I claimed the title of Roni.  So we are lovingly referred to as Mac & Roni.  I love it!   I expect someday that's all anybody will call me.....which is fine with me.

Unknown said…
Just stumbled across your blog through Pinterest and I'm having such fun looking at your creations!
This canvas is awesome...hope you don't mind me lifting the idea for a new baby expected in our family soon. I'm pinning this so I can be sure to give you proper credit for the inspiration.
And the Mac & Roni names are so hilarious. Love it!
hugs--
Roberta
Queen Bee Paper Crafts
8:06 AM