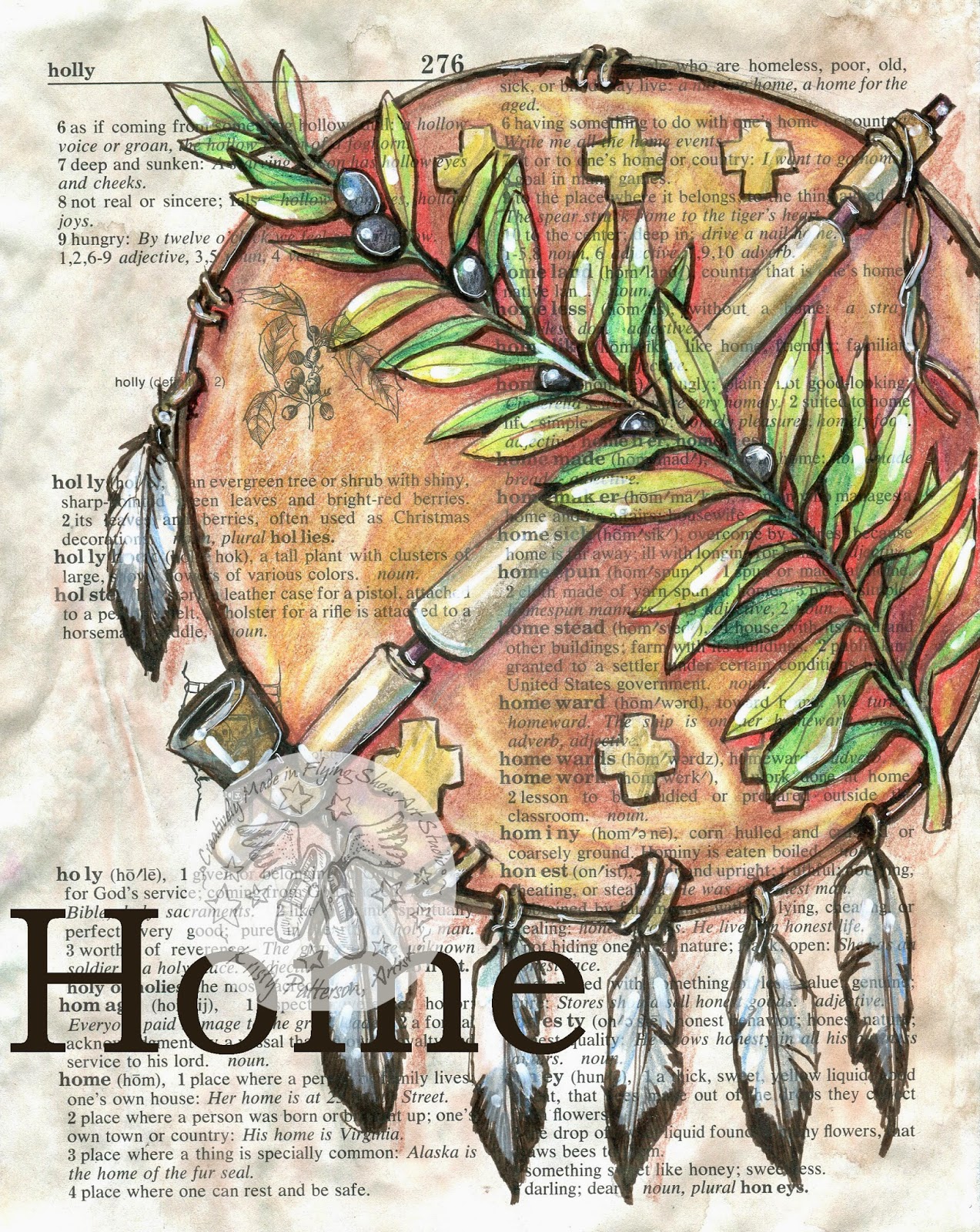 Since the first of April I have been working nonstop in my studio preparing for two, enormous art shows in central Oklahoma.  Both shows were a tremendous success and today is really the first day I've had to recover.  I have lots of work waiting to be recorded on my blog and added to my Etsy shop.  I've been so busy producing that I haven't had time to edit, format and post my work.

I created this drawing just before I left for my Memorial Day show in the beautiful Paseo District of Oklahoma City.  This was the second time I had participated in this show - the first just a year ago.  Prior to last year's show, a horrific tornado leveled a significant portion of the area, killing many and devastating the lives of hundreds.  Afterward our entire state and Okies from across the country began wearing symbols of our state as a sign of unity and support for those harmed by the storm.

In preparing for this year's show, that storm was on my mind a great deal.  One of the stories that touched me most was the destruction and death at an elementary school hit directly by the F5 tornado.  As a teacher I was personally affected by the stories of teachers and children who lost their lives and those who heroically survived.  This drawing was my little remembrance of that event.

To my surprise, this drawing drew the most attention during the weekend, art festival.  It was the first drawing to sell and lots of people followed it into my booth.  It is a drawing of the Native American shield, peace pipe (Calumet), Olive branch, Eagle feathers and crosses that adorn our state's flag.  I drew it on the page from a 1950's children's dictionary defining "home."  I love the poetic definition.

I am home again for a little while before I take off for the East coast to hit another circuit of what I hope will continue to be fantastic art shows.  I am home today though in my hometown, in my home state....Oklahoma.
Email Post
Labels: Drawing on Dictionary Paper Home Oklahoma repurposed book art