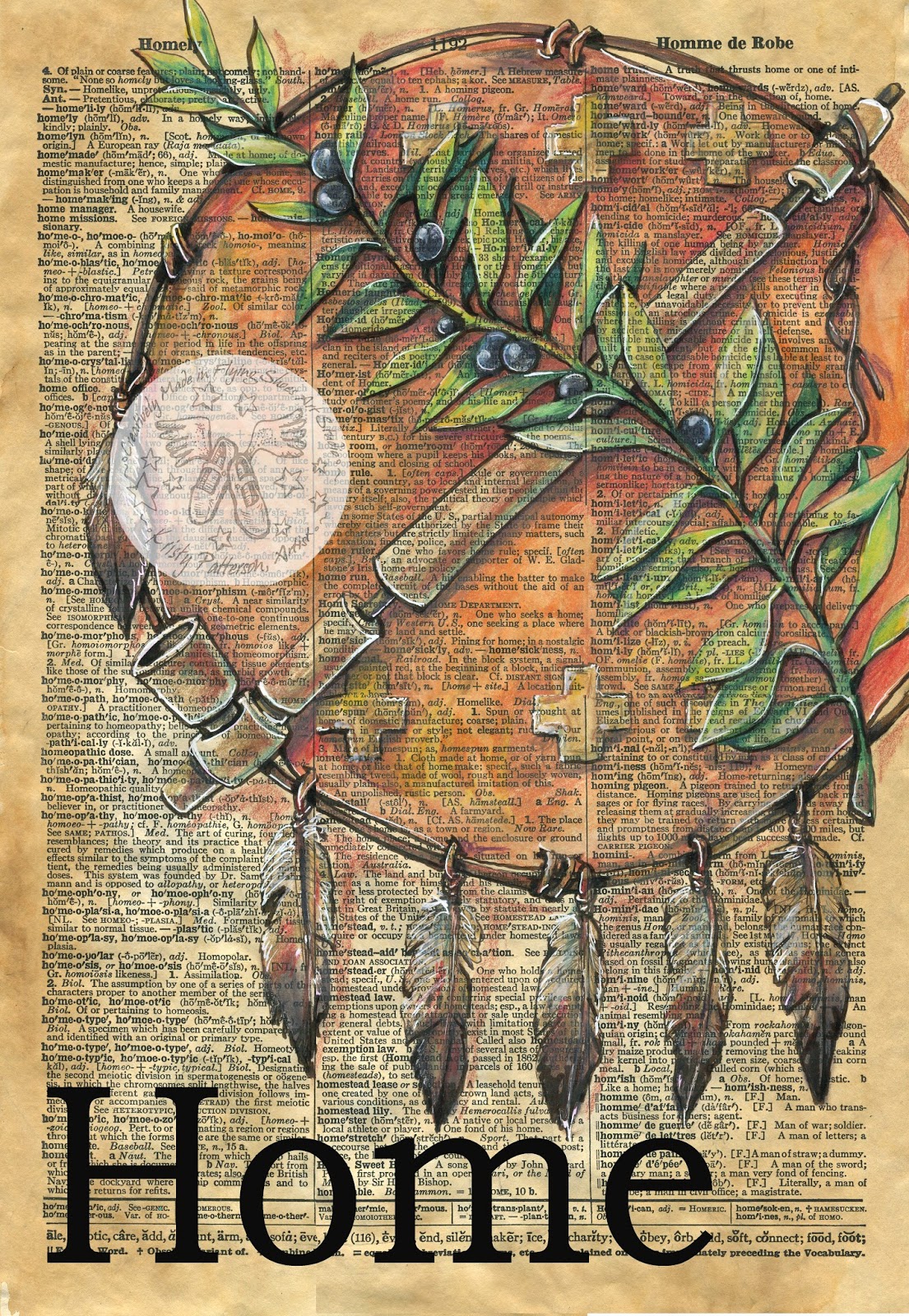 The Oklahoma City Festival of the Arts is closing in.  Only a week until I pack up my artwork and head down for the week long event.

Last spring I drew a version of this dictionary page on a children's dictionary and it sold before the show even opened.  I decided to redraw it on a larger, adult page for this year's event.  This is the Native American shield that is featured on the Oklahoma state flag.  It has become a strong symbol of our state and is being used on T-shirts and memorabilia.  Okies love this symbol and it is found everywhere across our state.  It was especially important a couple of years ago following the devastation of a horrible tornado outbreak that destroyed homes, killed many and leveled some schools filled with children.  It was a horrible time for our state and we collectively rallied afterward to reach out to those who were affected and hurting.

This year marks the 20th anniversary of the bombing of the federal building in OKC.  Before 911 this was the worst act of domestic terrorism our nation had experienced.  I remember vividly the day of the attack and days following as rescue workers climbed through rubble to rescue people and recover bodies.  I knew people who were killed in the attack.

I recreated this page while thinking about that tragic time.  The art show I am attending next week is only a few weeks from the bomb sight.  It is now a beautiful memorial and museum.  This page is filled with wonderful "home" definitions.  It even includes "Home Sweet Home."  When I found it, I knew I had to put our state's symbol on it.