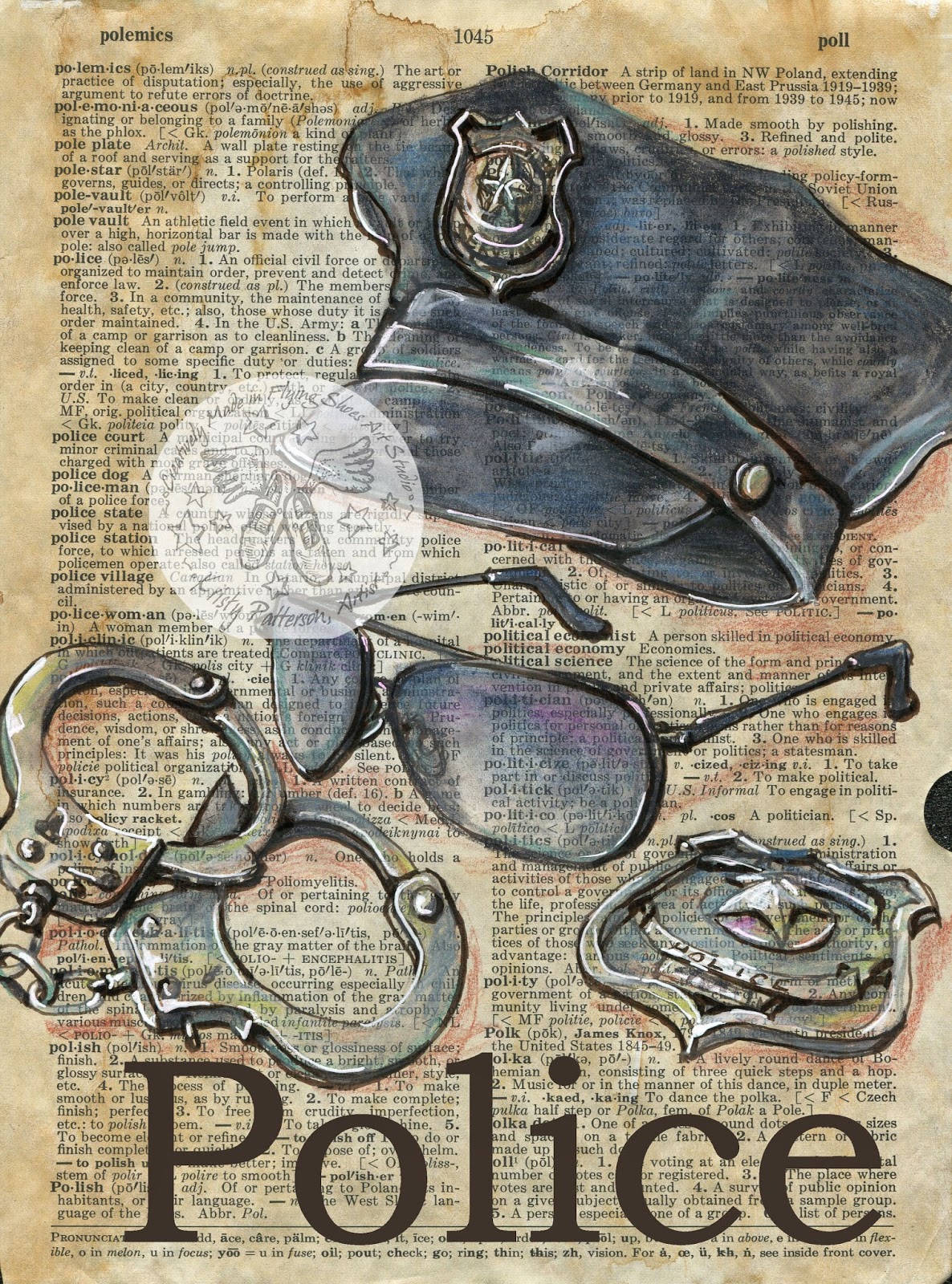 This is another frequently requested subject at art shows.  I decided it was time to build a dictionary page featuring police.

I've had lots of different jobs in my lifetime.  I've been a high school art teacher for 15 years which is the longest I've ever stayed at a job.  Prior to that I've worked in all sorts of social work settings from HIV/AIDS counseling/testing to drug prevention and director of a drug rehab center. I've always been a working artist but raising a family required I find a steady paycheck.  Not many people know that I even was employed as a police officer for a short time.  Really.  I was.

When I graduated from college my husband had another year to go.  We were married and I needed a job knowing we would move as soon as he graduated.  I got a job creating ads for our local newspaper but discovered it wasn't exactly a job for me.  The only job I found outside of food service in our little college town was with the city.  I didn't grasp that I was applying for the job of a police dispatcher....and that no women had worked for this particular force EVER.

The police chief was awesome, took me under his wing and quickly had me helping out with patrols and some investigations.  One of the biggest events was when our force was asked to assist the Secret Service when then President Jimmy Carter came to Oklahoma.  I had a ball.  I worked a straight 48 hour shift with the communications department of the secret service.  They were an impressive group of men (no women there either)  At the conclusion of the visit, the president's staff invited some of us to meet the President. 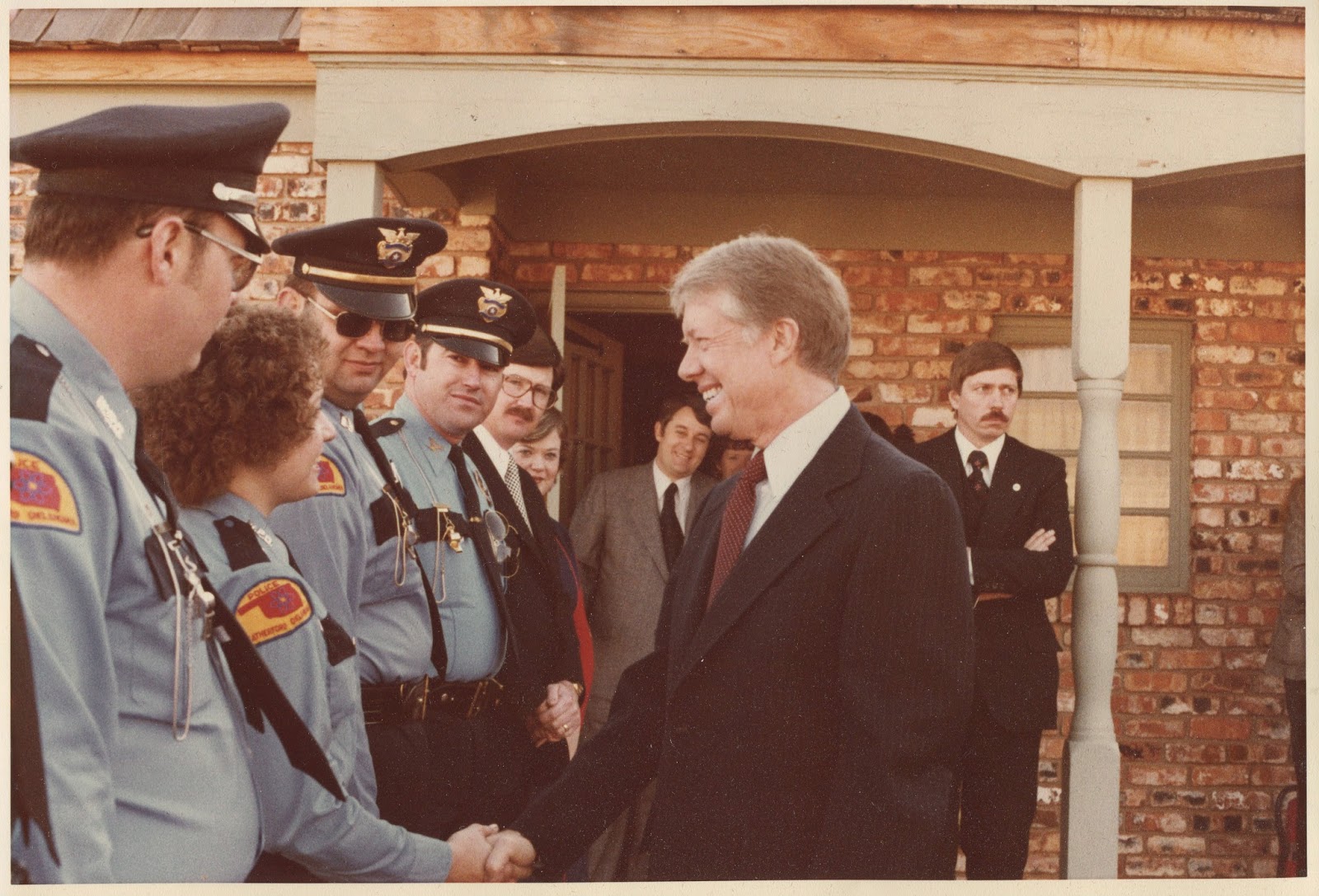 To my delight, this photo (yes, that's me with a frizzy afro) went all over the media and was published around the country.  Police women were really rare and Angie Dickinson was breaking ground playing one on TV.